I would like to help. Call 215-322-6781 or e-mail me today for a no obligation phone consultation to see if my services are right for you.

Body Dysmorphic Disorder (BDD) is in essence an inability to see yourself as you truly are. BDD distorts the perception of your physical appearance and causes unmanageable obsessing about false imagined or exaggerated physical defects or minor flaws; most frequently focused on the head and face but may involve any body part. Some specific examples include muscles being too small; overall size, shape and/or symmetry of the face or another body part; minor skin aberrations; moles and freckles being too large or noticeable; breast size, acne; too much facial or body hair; too little hair on head; size and/or shape of genitalia.

The BDD sufferer will talk about their BDD flaring up, eliciting a serious state of depression /anxiety and avoiding interaction or going outside, where they can be viewed. They believe that they are hideous and monstrous for others to look at, adamantly trusting their erroneous perceptions and rejecting conflicting positive feedback from their friends and others who care about them. BDD is separate from and treated differently than Anorexia Nervosa, which is also a body image disorder.

It is extremely important to diagnose this condition accurately and as early as possible because when severe it causes a poor quality of life, significantly impairing academic and professional functioning, as well as interpersonal relationships. An individual with BDD may completely shun any contact with people to avoid having the imagined or grossly exaggerated defect being observed. BDD is related to severe depression and anxiety and can pose a significant risk for suicide. 1-2% of the population meets the diagnostic criteria for BDD. Onset of symptoms generally occurs in adolescence or early adulthood, where most personal criticism of one’s own appearance usually begins. In most cases, BDD is under or misdiagnosed because those afflicted are very secretive and ashamed about revealing their concerns to doctors and even their therapists. This interferes with treatment because the root problem is not identified. They are often diagnosed with major depressive disorder or social phobia, which are limited symptoms of BDD. Unless BDD is specifically addressed in therapy the person will continue to suffer. It is important to work with professionals that are familiar with BDD.

Many experts on BDD strongly suspect that Michael Jackson suffered from this condition. The tragedy is that it was not recognized or treated. Only someone with BDD would be able to understand the depth of torment, disgust, and self-hatred he probably had for the shape of his nose and skin shade when looking in the mirror. Many individuals with BDD also do not possess knowledge or insight into the disorder and can believe their problem is physical rather than psychological in nature and may erroneously seek cosmetic/surgical intervention instead of mental health treatment.

BDD has obsessive-compulsive features that are quite like those of OCD. Perhaps, the most significant similarity linking BDD, and OCD is that in both conditions’ individuals use compulsive and avoidant behaviors to reduce their anxiety. This provides some short-term relief, but exasperates the problem by causing the symptoms to increase over time.

Some common examples of compulsions seen in Body Dysmorphic Disorder (BDD) include:

Treatment involves psychotherapy, a clinical psychologist and at times medication. Cognitive behavioral therapy (CBT) and selective serotonin reuptake inhibitors (SSRIs) are often utilized. Another approach lesser known called Emotional Freedom Technique is also an effective adjunct to counseling. BDD is a chronic illness and symptoms are likely to persist, or worsen, if left untreated. Details about these approaches:

I would like to help. Call 215-322-6781 today for a no-obligation phone consultation to see if my services are right for you or e-mail me. 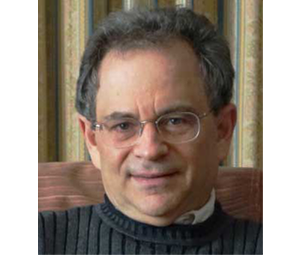